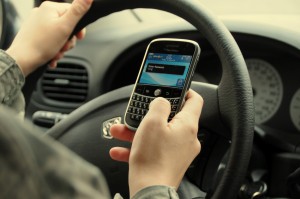 In 2012, nearly 50,000 automobile crashes were reported in the state of Utah. Of those crashes, distracted driving caused 20 fatalities, 125 serious injuries and 4,667 crashes. These numbers are saddening.

Like those behind the ‘Zero Fatalities’ campaign, we believe even one fatality is one too many.

Since the 1970’s, groups have been working toward improving the safety of our streets. The installation of seat belts helped drop car-crash fatality rates in the 70’s. Seat belt use is now required for both the driver and passengers in any moving vehicle by Utah law. Not wearing your seat belt could result in a fine of up to $ 45. In 2013, unbelted motorists accounted for 27.7 percent of all traffic fatalities.  Imagine how many lives could have been saved if seat belts had been worn.

The standardization of airbags in consumer vehicles in the 1980’s also helped the motor vehicle fatality rate drop. According to the Insurance Institute for Highway Safety, the number of deaths from collisions when both seat belts and airbags were used was 24 percent less than when only seat belts were used.

This year, Utah lawmakers have addressed distracted driving head on.  In May, newly passed legislation on cell phone use while driving became law. The laws aim to eliminate unnecessary distractions while operating a vehicle that are commonly caused by texting, dialing and any other sort of handheld manipulation of a cell phone or similar device. The new laws restrict drivers from manually:

Exceptions to the law include holding the device for voice communication, using the device in an emergency situation, reporting a safety hazard or criminal activity, and a few other exclusions.

We believe these new cell phone laws will make our streets a safer place to be. We encourage all drivers to do the smart thing and refrain from using cellphones while driving.

Those who disregard the law are guilty, at minimum, to a Class C misdemeanor with a maximum fine of $ 100.